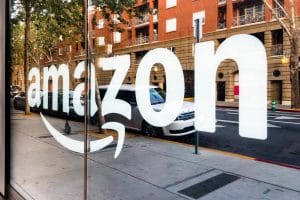 Amazon is setting itself apart from other businesses again – though, depending on how one looks at it, not in a positive way. During a time when most, if not all, companies have forced their employees and customers to resolve legal matters using alternative means such as arbitration, Amazon has decided to change its terms of service to permit customers to settle legal matters in the most traditional manner – filing lawsuits.

Beginning in 2019, several lawsuits have been filed against Amazon for the privacy violations caused by some of its Alexa-enabled devices. More than 200 million devices – ranging from Echo, Echo Dot, Echo Show, Echo Flex, and Echo Plus – have been discovered to secretly store and record conversations between its users, whether the person is aware of the recording or even interacting with the device. All of the devices contain a microphone-equipped speaker that allows users to interact with the device in many ways, from asking questions to setting commands. Some of the devices, such as Alexa, have the ability to pair with other Amazon and non-Amazon products.

Owners of the devices are alleging that Amazon’s devices are violating privacy rights by permanently recording and storing user information, such as outside conversations with others. This is under the false impression that devices such as Alexa are only listening to and responding to the owner’s demands. Once the owner is done with the device, assume many consumers, the device stops listening; however, that is not the case. Take, for example, a user who assigns a specific word used to command Alexa.

Unfortunately, adults are not the only victims of privacy violations from Amazon’s devices. In 2019, the Federal Trade Commission was asked by children’s advocates to investigate Amazon over privacy concerns caused by the Echo Dot Kids device. Advocate groups alleged that the device was collecting personal data on children with no parental approval or supervision. Because the parents were incapable of deleting the information, advocates argued that those actions were violations of the Children’s Online Privacy Protection Act (COPPA).

Per the Federal Trade Commission, parents are granted permission under the COPPA to control the information that websites and online services collect on children under 13 years old. Echo Dot Kids is violating that right by collecting information on children and not relinquishing the information even when the parents request it.

Why did Amazon get rid of its arbitration clauses?

Many disputes between companies, employees, and customers are usually resolved through arbitration. Unlike traditional litigation, arbitration cases are handled by a third party instead of a judge or jury. They are usually faster and cheaper than a traditional lawsuit, as well. Instead of both the company and the consumer putting up with the headache of paying attorney fees, filing fees, and being stalled by pretrial discovery proceedings, the company is responsible for the arbitration fees when a consumer files an arbitration case. Although the fees are relatively cheaper, these fees can add up quickly for a company – especially in Amazon’s case, where thousands of arbitration cases have been filed against the company.

Amazon’s decision to change its terms of service from using the arbitration process to filing lawsuits may have been a decision based around self-interest. Amazon is not the only company that has been threatened with mass arbitration cases. Companies such as Uber and DoorDash have been hit with thousands of arbitration disputes from workers. In fact, arbitration is a more favored dispute resolution because of how consumers and employees can use the process to their advantage. In the case of Amazon, however, the company must have concluded that a lawsuit would be less expensive in the long run than settling cases through arbitration.

Updates to Amazon’s conditions of use page

The last date that Amazon’s Conditions of Use Page was updated was May 3rd, 2021. Under the Disputes sub-section, Amazon explains, thoroughly, the process consumers must go through to file a claim against the company. All disputes and claims will now be adjudicated in the state of Federal courts in King County, Washington, and the user must consent to exclusive authority and venue in those courts. In addition to removing the requirement that users agree to the Federal Arbitration Act to use any of Amazon’s services, Amazon also has the ability to waive any right to a jury trial.

Will the changes impact future lawsuits against Amazon?

Although Amazon may have avoided expensive arbitration fees in the future, many lawsuits are still being filed as a result of privacy violations from its devices. The privacy violations of both children and adults have been violated as a result of Amazon’s negligence, and only time will tell whether the change in terms of use was effective in avoiding massive legal fees for Amazon.

The Oklahoma City product liability attorneys at Cunningham & Mears understand how dangerous products can cause injuries. We fight for the right of injured victims to receive compensation from negligent parties. Call our office at (405) 232-1212, or complete a contact form on our website to schedule a consultation today.