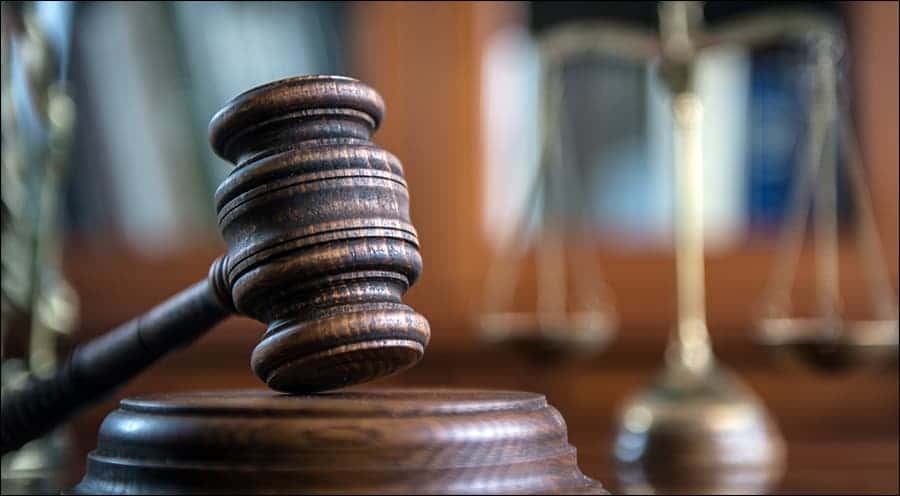 At Cunningham & Mears, we have focused on putting accident victims in a better position for over a decade. With more 55 years of combined legal experience, our attorneys have the skill and expertise coupled with the honesty and integrity to guide clients to successful results. Because of our skillful representation in personal injury cases ranging from slip and fall accidents to car crashes, our attorneys have been selected for membership in such prestigious organizations as the Top 100 Lawyers of The American Trial Lawyers Association and the Million Dollar Advocates Forum.

DISCLAIMER: The results listed on this page are unique to the circumstances and facts of specific cases. We make no guarantee that your case will have similar outcomes to those of our previous results obtained for other clients.

A young girl was burned over 95 percent of her body as a result of an improperly installed hot water tank. Gasoline accidentally spilled on a garage floor, which leaked near the hot water tank, and the gas ignited and burned the little girl severely. The girl required more than 30 surgeries. Our investigation uncovered that the gas company should have turned off the hot water tank due to its improper installation and that the gas can was defectively designed.

We successfully represented hundreds of Oklahomans who suffered severe injuries, including severe heart damage, because of the diet drug Fen Phen.

The trucking company denied liability and blamed the truck manufacturer and the road design of the city where the wreck occurred.  We located 2 witnesses that the Defendant ran off the interstate the day before and established that the driver should have been suspended before the fatal crash. Settled at trial.

Our client owned a business complex, and the insurance carrier refused to pay multiple hail claims, using the same rejection letter each time. Filed suit for breach of contract and bad faith.

$1.3 million for motorcycle rider hit by another car

Motorcyclist was making a left hand turn across the road when he was hit head on by an oncoming motorist.

$1.165 million for woman hit by a tractor trailer

A grandmother was taking her granddaughter to the dentist and she was struck by a tractor trailer turning in front of her car, suffering broken legs and pelvis

A husband and wife were struck by a tractor-trailer that failed to yield while making a left turn. The husband suffered hairline fractures in his lower legs. The wife suffered cuts, abrasions and a hip fracture.

A dump truck driver on foot at a construction site was pinned between his truck and construction equipment resulting in a broken back and pelvis.

A motorist ran a stop sign, which caused an accident that resulted in serious knee injuries and two surgeries.

A semi-truck accident in SE Oklahoma where the driver hit the trailer of our client, went airborne striking the cab of the vehicle, and injuring both the driver and passenger. We had an accident reconstructionist on site within 48 hours of the accident.

A 14-year-old girl was a passenger in her uncle’s truck. The uncle ran off the road striking a tree; our client suffered a broken ankle. The case settled out of court.

A pedestrian was struck at a local amusement park by a golf cart resulting in a head injury.

Accident near Alva Oklahoma. Semi-truck ran stop sign. Client suffered herniated disc requiring fusion. After we took over the third-party claim, our doctors found a new surgical issue that the workers’ compensation doctors missed. Case was settled out of court.

A 15-year-old girl was a passenger in a vehicle that ran off the road and struck a tree. She suffered ankle and leg fractures.

A woman was hit by a truck while riding as a passenger in her friend’s car. After conservative medical measures failed a disc injury was discovered that required spinal surgery.

A young man was struck while riding his motorcycle. He suffered a fractured ankle. Our doctors provided documentation showing some permanent impairment and risk of future arthritis and surgery.

In a parking lot accident, the defendant denied causing the accident and argued that our client’s injuries were pre-existing. Client suffered neck and back injuries that required surgery.

A trucker suffered a surgical spinal injury when he was injured while sleeping in his cot at a truck stop. He returned to his out of state home and sought care through his workers’ compensation plan.

Client was struck by a tractor-trailer that failed to yield while making a left turn. Our client suffered cuts, abrasions and a knee injury that required surgery.

A woman suffered a neck injury after a car accident leads to spinal fusion surgery. Case was completed without litigation about a year after the accident.

The insurance company for the tractor trailer denied liability after an RV driver was run off the road. Our client suffered the destruction of his vehicle and injury. A Federal Jury Trial ensued, and a jury verdict was reached.

Our client was a passenger who was ejected from her vehicle during the accident when the driver lost control of the vehicle. She sustained facial scarring and needed oral surgeries.

A tow truck ran a stop sign causing the truck to hit a woman in her vehicle on her passenger side. The woman suffered serious head injuries, including concussion, which resulted in $30,000 in medical bills. We hired an expert neuropsychologist who determined the woman suffered short-term memory loss. Because we hired this specialized expert, more injuries were uncovered, which resulted a higher recovery for our client.

A police officer was rear-ended while driving. He suffered a serious back injury, which later required surgery.

The client was struck when another driver crossed the center line and caused a head on collision. The client had a wrist fracture that required surgery.

A passenger in a vehicle was injured in a front-end collision while running an errand for her employer. She sustained back and shoulder injuries. We pursued workers’ compensation, liability insurance and underinsured motorist claims in order to maximize her recovery.

An oil field service truck hit a cow in the road resulting in injury to the driver.

While entering a fast food restaurant, an elderly woman tripped over the front step of the restaurant and fell sharply. The slip and fall accident caused a serious hip injury and broken leg.

Husband and wife were injured in an automobile accident. They needed treatment, but could not find medical treatment in Lawton. We assisted and the cases settled for in excess of six figures.

A female adult was at a relative’s home when the family dog attacked her, biting her in the face. The injured woman had $5000 in medical bills from the dog bite. Cunningham & Mears secured the maximum recovery for her facial injuries, even after her insurance company had denied the claim.

Client came in with an offer of $12,500 from liability carrier. Insurance said they would not pay a dime more. It was an aggravated DUI case. The adjuster told us that he was a veteran and did not care about the DUI. We discovered a rotator cuff tear that had not been previously diagnosed. After our attorney’s involvement, the insurance company reversed course and settled for policy limits prior to our filing of the lawsuit.