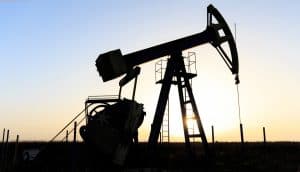 Injured oil-field workers can sue well operators for injuries suffered on a drilling rig, the Oklahoma Supreme Court ruled in a unanimous decision on March 13, 2018. In December 2013, an oil field worker was hurt on a rig near El Reno and filed suit. That lawsuit led to a State Supreme Court ruling that recently led to part of Oklahoma’s workers’ compensation law to be unconstitutional.

The decision, which was 8-0, said that injured oil field workers can now sue well operators. The court also determined in the ruling that the part of workers’ compensation law that exempted oil and natural gas well operators and owners from these types of lawsuits are “unconstitutional special law.” The justices said that portion of the law “shall be severed from the remainder” of the statute.

Oil field worker Frank Benedetti was hurt in December 2013 while working for Schlumberger Technology Corp. While on the job, he slipped on an ice-covered platform and fell 37 feet down a stairwell, suffering serious injuries. He sued the well operator, Cimarex Energy Co., and the rig operator, Cactus Drilling Co. for negligence, alleging the companies were responsible for the icy conditions by spraying steam on the pipes in the below-freezing weather.

Previously, well operators could be sued only in workers’ compensation court, not in civil court. “We responded saying the statute was unconstitutional because it’s a special law that gives preferential treatment to oil rig operators,” attorney Jacob Biby told The Oklahoman.

“There’s a big difference between what a person injured on a rig can receive in workers’ comp verses the damages that can be covered in a civil court setting. If a worker is limited to comp, the employees on rigs could have injuries and not be made whole.”

“This ruling protects oil rig workers, and hopefully it also will make the rigs and the industry as a whole safer,” he said. The court made a similar ruling in January but it applied to a different law that also exempted workers from suing oilfield firms outside of workers’ compensation court.

As an oil field worker, the company and the well operator should be responsible for your safety. If you’re hurt on the job, talk to the oil field injury lawyers at Cunningham & Mears about your legal options. We’re here to protect the workers of Oklahoma City. For a free consultation at our offices, call 405-232-1212 or fill out our contact form today.