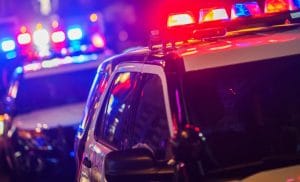 Place yourself in the position of a first responder for a moment. You are giving first aid on the side of the road in the aftermath of a car crash. Or, you are working feverishly to free someone from a badly damaged, twisted vehicle. Or, as a police officer, you may be evaluating a suspect for possibly DUI. In any of these scenarios, you hope the drivers passing by on the road or highway will slow down and follow the rules of the road, moving over somewhat to avoid hitting you or anyone else at the scene.

Unfortunately, too many first responders, including those in law enforcement, are struck by other vehicles while administering help to injured victims or conducting a traffic stop. When these incidents occur, first responders can suffer serious injury or even death. An experienced car crash attorney can help injured parties evaluate and pursue a possible injury claim.

In March 2017, Florida trooper Carlos Rosario, a former corrections officer was handing out a standard speeding citation when he was severely injured by the actions of a distracted driver. The driver, who was texting and driving, swerved to avoid one vehicle and subsequently crashed into Rosario instead. Trooper Rosario had to endure numerous surgeries over a period of more than a year. He depended on other people for basic life needs, and had to learn to walk and talk once again.

The acute danger to first responders

A survey from the National Safety Council and the Emergency Responder Safety Institute revealed that more than 7 out of 10 drivers in the U.S. admit to snapping photos or taking videos when passing by emergency vehicles on the roadside. More than 50% are emailing or posting to social behind the wheel as well.

Nearly 90% of those surveyed indicated they believe drivers who are operating a motor vehicle and simultaneously distracted present a major risk to first responders. About half, however, just say the risk comes with the territory.

Since the start of 2019, at least 16 first responders have been killed while attending to duties of the roadside. Nearly 1 on 5 drivers admitted that their own inattentiveness while driving has likely increased the risk to first responders. Nearly a quarter of respondents were not aware of their legal responsibilities to slow down and move over when approaching emergency and other first responder vehicles and personnel along the roadway.

Lack of protection outside of vehicles

Drivers and their passengers are protected in measure by the shield of metal and plastic that surrounds them along with modern safety devices such as auto emergency breaking, electronic stability control, and air bags. But those on the side of the road have no such protection. They are vulnerable to just one erratic or inattentive driver among hundreds that pass by.

For drivers approaching the location of police and first responders on the roadside, refraining from distractions can be the difference between life and death.

As a first responder, if you have sustained injuries in a car accident as a result of another driver’s error on the roadway, including the negligence of distracted driving, our Oklahoma City car accident lawyers at Cunningham & Mears can help. We can look into the circumstances of your accident, determine liability, and help you pursue and compensation you are owed. Give us a call today at 405.212.9234 or complete our contact form.

By Ryan Y. Cunningham|July 30th, 2019|Auto Accidents|Comments Off on Police and First Responders Face Dangers on the Side of the Road

For Woman Hit By A Tractor Trailer
https://www.cunninghamandmears.com/blog/testimonials/1-165-million-2/
5
3

"Thank you, Ryan. I appreciate your hard work and Cyndi. God forbid should I need services as this ever again, I will come to you. I appreciated being able to just get back to dealing with daily life and not have to even think about this case. I was NEVER overwhelmed or put out. That was worth more than you know."
https://www.cunninghamandmears.com/blog/testimonials/laura/
5
5 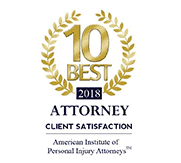