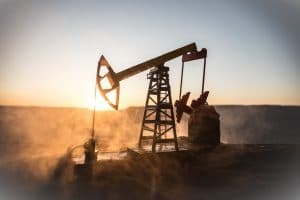 In July 2020, the US Supreme Court added another layer of concern for Oklahoma oil producers that are trying to stay afloat due to the COVID-19 crisis. In a landmark ruling, the Supreme Court decided that almost half of eastern Oklahoma is Native American land. The decision affects the oil and gas drillers in Oklahoma, many of whom now must work with the five tribal reservations in that region of the state.

The decision affects about 1/4th of the state’s recent oil and gas wells “and around 60 percent of its refinery capacity now lie within the territory of five tribes — the Cherokee, Chickasaw, Choctaw, Creek and Seminole, per the Washington Post. The decision also affects the “network of pipelines pumping crude to and from Cushing, Okla. — a crucial oil terminal for the Keystone XL.”

Now, oil producers affected by the decision will have to have work with the tribes and with the federal government (which usually manages the land for Native Americans) – instead of with state regulators who are normally business-friendly.

Since the beginning of 2020, oil prices have already dropped by about 1/3 due to the fact that people are driving and flying less due to the pandemic. “Oklahoma’s shale fields, where extraction costs are relatively high, are among the hardest hit during the pandemic,” the Washington Post reports. Already, one of Oklahoma’s largest energy firms has filed for bankruptcy.

The decision, McGirt v. Oklahoma, address criminal law for ancestors of the tribes. It also raises tax question and environmental enforcement questions in the affected areas (about three million acres). These questions may take years to litigate.

The local response to the Supreme Court decision

In response to the decision, Oklahoma’s Attorney General and the Petroleum Alliance of Oklahoma trade group worked to “reassure oil producers that their business wouldn’t be upended and the state would keep their interests in mind.” One independent oil producer, based in Tulsa, did express the fear that federal regulations would now affect the oil producing businesses.

Oklahoma oil producers also expressed concern about the retention of property rights and regulatory oversight. The Washington Post reported that the Oklahoma Attorney General and the five tribes have come to an agreement “for a legislative proposal to Congress that would give the Native American groups the right to collect taxes and grant them some authority over anything deemed to threaten the “welfare” of a tribe — a potential, though not certain, opening for environmental regulations.”

The Petroleum Alliance of Oklahoma trade group is studying that agreement. According to the dean of the University of Utah law school, taxation is the biggest concern. Environmental requirements are also likely to change. The effect of the decision and possible agreements may change if there is a change in the Presidential administration.

At Cunningham & Mears, our Oklahoma oilfield accident lawyers understand that energy production is the lifeblood of the Oklahoma economy. We also understand that workers put their lives and their safety on the line every day for the oil and petroleum companies. For help with any oilfield accident call our trusted Oklahoma City lawyers at 405.232.1212 or fill out our contact form to schedule an appointment.