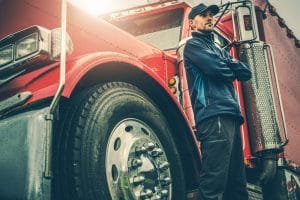 There are many dangers on the road – animal crossings, debris in the way, mechanical difficulties while driving, other drivers, and so on and so forth. When it comes to other drivers around you, we all know we can’t control their actions, so we must drive defensively and cautiously. This is especially true when it comes to truck drivers. Those large 18-wheeled tractor trailers have challenges that other drivers of smaller vehicles do not face: large blind spots, slow reaction braking, and wide turns. However, there is another, lesser known danger when it comes to truck drivers: the use of drugs, specifically cocaine and opioids. These drugs can lead truck operators to drive erratically and dangerously, creating an unknown risk to the other drivers around them.

What’s going on with truck drivers?

It’s no secret that it is difficult to be a tractor trailer driver. The vehicle is unwieldy and large, visibility is limited, and the driver has probably been driving too long and has had little or poor sleep. While their work is difficult, and we can sympathize with their struggle, that doesn’t mean that they should be allowed to take illegal substances to help them cope with their jobs. In the trucking community, drug use is a growing problem.

While marijuana is often used and is the most common drug found in truckers urine drug tests, a new study by the University of Central Arkansas (UCA) found that there were more instances of cocaine and opioid use than they had originally thought:

The study found that cocaine and opioids were the most commonly identified substances in positive hair tests from the truckload carriers, with 16.2% more cocaine users and 14.34% more opioid users than were found in federal clearinghouse urine tests. “Utilizing statistical evidence, our analysis finds hair testing is more effective at detecting the use of harder drugs than urine testing,” the study noted.

It seems that the Department of Transportation may have been unknowingly underreporting the cases of cocaine and opioid use as the Federal Motor Carrier Safety Administration’s (FMCSA) Drug & Alcohol Clearinghouse current testing practices do not include hair follicle testing.

The effects of cocaine on truck drivers

Cocaine is a stimulant, just like caffeine and nicotine. It also increases the amount of dopamine released in the brain, which is why some users describe feelings of happiness when they use it – and why so many people become addicted to the drug. For a fatigued trucker working long hours, the appeal of cocaine may be understandable, even though it’s an incredibly dangerous substance. Some of the effects of cocaine are:

Cocaine can cause its user to experience bizarre, violent, and unpredictable behavior – not ideal for driving on the road. The other effects from cocaine that are listed obviously pose a terrible risk for everyone on the road when a driver is under the influence.

The effects of opioids on truck drivers

Opioids are painkillers, and they are highly addictive. They also work as depressants, leading to fatigue, shallow breathing, slowed heart rate and, potentially, loss of consciousness. This is why opioid and opiate medications come with a warning not to operate heavy machinery, such as an 18-wheeler.

In some cases, truckers who take opioids started doing so with a prescription; after all, it was only in 2016 that the Centers for Disease Control & Prevention (CDC) issued guidance “that a 3-day supply for new patients is typically enough, and 7 days is rarely needed.” Any trucker who suffered an injury before then may have been prescribed enough opioid or opiate drugs to become addicted. Because of the ways the testing laws work (urine tests are required by the federal government, but hair tests are not), there is no way to know exactly how many truck drivers may be under the influence of legal or illegal opioid drugs at any given time. Per Logistics Management’s analysis of the UCA study, “In 2020, the FMCSA disqualified 54,955 commercial truck drivers for failing a urine test for illegal drug use…. However, the UCA study found that FMCSA would likely have disqualified twice that many truck drivers, another 58,910, had they submitted to a hair drug test….”

When a truck driver uses these drugs, the types of accidents that they can cause are many. Cocaine and opioid use can lead to:

The types of accidents these dangerous driving habits can lead to include rear end, angle, and head-on collisions, the driver crashing into objects like the median or signs, crashing into pedestrians, their cargo falling from their truck and into traffic, and their truck malfunctioning and causing chaos and crashes on the road. A 2019 study of fatal car accidents published in Public Health found that “prescription opioid use as indicated by toxicological testing results was associated with a significantly increased risk of crash initiation, due in large part to failure to keep in proper lane.”

These accidents can also lead to catastrophic injuries, such as:

As we can see, the Department of Transportation needs to push for FMCSA’s Drug & Alcohol Clearinghouse to include hair follicle testing when hiring and maintaining their truck drivers, as simple urine testing doesn’t show how common cocaine and opioid use is. If the DOT knew these statistics, then they could keep drivers like this off the road until they could deal with the drug situation.

No one deserves to be in a crash, much less one caused by drug use. If you’ve been involved in a truck accident in Oklahoma City, and you think drug use may have been involved, we at Cunningham & Mears can help. To discuss what legal action is best for you, call (405) 232-1212, or get in touch with us by filling out our contact form. Our office is located in Oklahoma City, and we’re ready to help you.