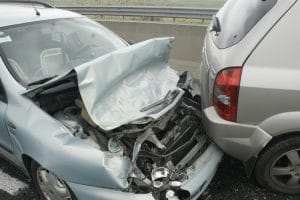 Every car accident is frightening and dangerous in its own way. Some of the most dangerous accidents in Oklahoma City are those that involve multiple vehicles. In fact, these types of crashes accounted for half of all crash deaths in 2019, according to data released by the Insurance Institute for Highway Safety (IIHS).

The data was pulled by the IIHS from the U.S. Department of Transportation’s Fatality Analysis Reporting System (FARS). The more vehicles involved in a crash, the higher the chances become that you or a passenger suffer a serious injury or are killed.

Overall in 2019 there were 640 motor vehicle accident fatalities caused by 584 fatal crashes. Exactly half of the people killed in Oklahoma accidents that year died in multi-vehicle crashes.

There are a variety of factors that play a role in Oklahoma City multi-vehicle crashes. For the most part, multi-vehicle accidents typically occur when drivers travel at high rates of speed or when inclement weather is present.

The most common places for these accidents to occur are on highways and freeways. They begin when a traveling vehicle hits a vehicle stopped in traffic, at a stop sign, or at a red light. They also happen when a vehicle is sideswiped by another vehicle in an intersection. The most common causes of multi-vehicle accidents include:

What makes multi-vehicle accidents so dangerous?

How is liability determined in a multi-car crash in OKC?

Every driver has a duty of care to others on the road. This means that they must drive responsibly at all times, even when the conditions are not favorable. Should a driver not provide a duty of care, he or she could be held responsible for their actions if an accident occurs because of their negligence.

Oklahoma operates as a fault state, which means that the person deemed responsible for a car accident will be responsible for paying the related damages. Oklahoma also uses comparative fault laws. If you were deemed to be 10 percent responsible for the crash, the compensation awarded by the judge will have 10 percent deducted from it before receiving it.

However, it can be very challenging to determine who caused a multi-vehicle accident, especially when there are more than five vehicles involved. Make sure to call an attorney as soon as you can to ensure that your right to collect compensation isn’t barred.

What kinds of damages can you claim in a multi-vehicle collision?

As with any kind of car accident, you can claim damages for the losses you sustain. Those damages include:

In many cases, you can also make a claim for expenses related to towing your vehicle. If you are the primary caretaker for someone who has sustained severe injuries in a wreck, you could also be entitled to lost wages and expenses.

Were you injured in an Oklahoma City multi-vehicle crash? Did you suffer the loss of a loved one in a pileup? The compassionate and experienced team at Cunningham & Mears can investigate your case and help you recover compensation for your injuries. Call our office at (405) 232-1212, or complete the contact form to schedule a consultation today.