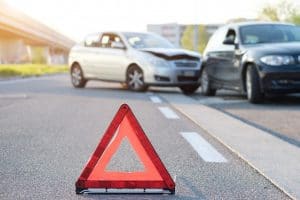 In some car accidents, both drivers are partially at fault. Both drivers may be speeding. One driver may drive through a red light while the other driver is distracted because he’s talking on a smartphone. Just because you were partially at fault doesn’t mean you can’t file a claim, but it could affect how much you recover in damage. That’s why we think it’s always best to speak with an attorney instead of taking a quick settlement from an insurance adjuster, or instead of relying on your collision coverage to pay your damage.

In a car crash claim, the injured victim is entitled to the following damages:

Other damages may be due, too, such as loss of consortium.

How contributory negligence affects the amount of damages victims receive

A separate Oklahoma statute provides that in cases where both drivers are negligent, the amount of damages will be reduced in proportion to each driver’s negligence.

A few examples should provide more clarity. In these examples, please assume that the amount of the damages that would be awarded if the defendants were 100% at fault is $100,000.

If you are involved in a car accident where you are partially at fault, don’t say anything until you talk to a lawyer. Never admit fault of any kind, because even if it turns out you weren’t to blame, the other driver’s insurance company can and will use your admission of fault against you.

Don’t assume the worst. The defendant often can’t prove you were negligent or can’t prove you were more negligent. At Cunningham & Mears, our Oklahoma City car accident lawyers have more than 55 years of combined experience. To date, we have recovered more than $30 million in total for our injured clients. To discuss your car crash case and to seek a just damage award, even if you were partially at fault, call our office at 405.232.1212 or fill out our contact form to schedule an appointment.