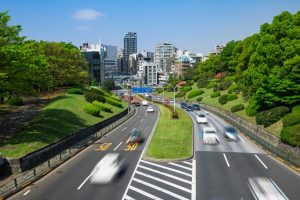 On August 31, 2020, the U. S. Court of Appeals for the Tenth Circuit overturned an Oklahoma City ordinance that disallowed pedestrians from sitting, standing, or remaining on highway medians. The ordinance, enacted in 2015, was allegedly put in place to help keep pedestrians safe.

As it turns out, however, such an ordinance may never have been necessary. Based on data supplied by the court filing, “between January 10, 2010, and September 29, 2015, there were 39,833 collisions citywide. This included 16,358 accidents resulting in injuries or fatalities, of which 76% occurred near intersections. However, it showed no pedestrian-related accidents on medians.”

What could make a median dangerous?

There are circumstances that could make a median dangerous for pedestrians. If visibility is limited because it’s late at night, the weather is bad, there’s a blind curve, or there’s ongoing construction, then a median can be a dangerous place. Narrower medians can also be dangerous if there are multiple people standing on them, jostling in place, and any median can be dangerous if a drunk or loses control of the car and crashes into it.

Intersections are the real danger to pedestrians and drivers

No wonder Oklahoma City is ranked the 7th worst place to drive in the country, in 2019.

There are some very dangerous intersections in Oklahoma City: May and 12th is particularly dangerous, according to residents who live nearby, as are most intersections off the N.W. Expressway. This is true whether you are driving, walking, or riding a bike or motorcycle. Though you cannot control the way others behave on the road, there are some things you can do to help protect yourself from an intersection collision.

If you are driving a car, truck, or motorcycle:

If you are on-foot or on a bicycle:

At Cunningham & Mears, we understand that dangerous drivers put pedestrians at risk. Whether you were injured at an intersection, while on a median, or anywhere else in Oklahoma City, we are here to help. To schedule a free consultation, contact us or call 405-451-5088.