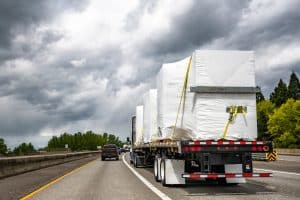 It’s long been known that underride accidents with trucks are extremely dangerous and often fatal. There have been efforts to try and avoid these sorts of traffic collisions, including certain regulations that required underride guards on big rigs. These regulations were in place in preparation for the eventual federal law regarding semi-trucks and underride accident protection.

That federal law has finally been set, and while some people cheer to have a federally mandated law set in place that is meant to keep the average driver safe from underride accidents, some are disappointed, claiming that the law did not go far enough. We want to talk a bit about that new law today, and what that means for all of us who share the road with commercial trucks.

What is the new federal regulation regarding underride guards?

The National Highway Traffic Safety Administration (NHTSA) recently debuted its new rule on underride guards for big rigs. It comes after nearly seven years of preparation and research on underride accidents, interim regulations and tests being set for by the Insurance Institute for Highway Safety (IIHS). This new law comes in the wake of  he President’s Bipartisan Infrastructure Law, making it a part of the U.S. Department of Transportation’s (USDOT) 2022 National Roadway Safety Strategy.

According to The Trucker, a leading source of trucking industry news, journalist John Worthen reports that “the rule requires that trailers and semi-trailers be equipped with rear impact guards that have sufficient strength and energy absorption to protect occupants of passenger vehicles in multiple crash scenarios.”

What is an underride accident?

Underride accidents happen when a smaller vehicle (such as a sedan or motorcycle) slides or wedges under the much higher riding big rig. These usually happen when the truck itself is in an accident, and the car behind it crashes into the truck, or in inclement weather when vehicles are difficult to control. Underride accidents are extremely dangerous, and often fatal. The chances of surviving such an accident are negligible. In fact, Worthen points out that “in 2019, 531 of the 2,132 passenger vehicle occupants killed in two-vehicle crashes involving a large truck died when their vehicles struck the rear of a large truck.”

Rear underride guards are critical in helping to deter smaller vehicles from crashing into the truck from behind, and wedging itself under the larger vehicle. It is clear how important having federal regulations that require rear underride guards on big rigs could help save lives.

Not everyone supports the new regulation

While this law is a good thing, there are those who oppose it. Trucking companies such as Owner-Operator Independent Drivers Association (OOIDA) claim that this new rule will be too expensive, though The Truckload Carriers Association (TCA) points out that many big rigs are already outfitted with underride guards due to the previous informal rules that had been put in place before the federal regulation; therefore, there shouldn’t be much cost to trucking companies at all.

The larger dispute comes from the Advocates for Highway and Auto Safety (AHAS), an “alliance of consumer, medical, public health, law enforcement, and safety groups and insurance companies and agents working together to improve road safety in the U.S.” AHAS states that before this federal regulation, the IIHS had put rigorous tests in place to rate the rear underride guards. These tests have been in place for the past five years, and AHAS believes that this new law doesn’t nearly match up to the standard these tests had already placed on truck companies.

AHAS states that now truck companies will be allowed to choose less safer options and courses of action than what they had to previously. The president of AHAS, Cathy Chase, believes that the new regulation will allow for less safe roads for trucks and other vehicles alike.

Another disputer, former NHTSA administrator Joan Claybrook, claims that “it would have been better if NHTSA had not acted at all. Instead of improving protections to reduce underride fatalities and injuries, the agency has gone backward by issuing a rule that 94% of trailers already meet.”

While opponents may disagree with the regulation regarding the type of equipment and testing required when it comes to underride crashes, they are pleased that the law also includes improvements to underride crash research and data collection.

Trucks are large and unwieldy vehicles, but the nation needs them in order to transport necessary goods across our country. It makes sense that the branch of government in charge of keeping the roads safe would want to make these vehicles safer for every other vehicle that shares the road with them. Underride guards have to be critical equipment in saving people’s lives by preventing vehicles from sliding under the truck in front of them.

However, risks still remain when sharing the road with these large vehicles, and if you are involved in an accident with a big rig, it is important that you seek the help of a truck accident lawyer. Cunningham & Mears will provide you with the experience and knowledge necessary to ensure that you are compensated for any injuries and related costs due to someone else’s negligence. To schedule a free consultation with an Oklahoma City truck accident lawyer at our local office, please call (405) 232-1212 or complete our contact form.