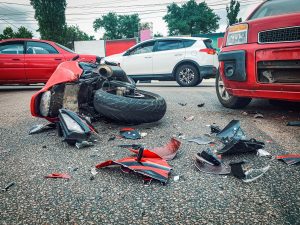 You can be an incredibly safe motorist, take every precaution and still find yourself injured in a collision with a negligent driver. You might think, “There was nothing I could have done to prevent this,” and you are probably right – nobody can control the actions of reckless drivers. But did you know that the type of vehicle you drive can actually have an effect on whether you experience minor or severe injuries in a collision?

Researchers analyzed data over a period of five years, and found that the Ford F-Series was involved in more fatal crashes than any other vehicle in the study – 10,845 incidents, to be exact. Using data from the National Highway Traffic Safety Administration (NHTSA), researchers analyzed crash numbers to determine which cars, trucks, and SUVS are most likely to be in fatal accidents and collisions. Other findings from the study include:

The study also revealed the most dangerous vehicles in America. The top five are as follows:

As for the deadliest vehicle here in Oklahoma? Just like most of the United States, it’s the Ford F-Series pickup truck.

If you were injured in a collision with a negligent driver, the attorneys at Cunningham & Mears can help. We represent injury victims in Oklahoma City and throughout the state. To schedule your free, no-obligation consultation in our office call (405) 232-1212, or fill out the firm’s contact form to tell us about your case.