$547,725. That’s how much is cost a Michigan family to fly their dying father home from Arizona. That number is extreme, yes – but one Florida family was charged $31,253.33 to fly one man from Winter Haven to Orlando – a distance of around 46 miles.

Air ambulances, or medevacs, are helicopters used to transport people who, for various reasons, cannot be brought to a medical facility in any other way. Since the US government started its “program” in 1969, with two helicopters, the number of air ambulances has increased almost every decade. CNN reports that “By 2018, there were more than 1,461 air ambulances in service. Today, air ambulances provide access to care for about 550,000 patients a year, according to the Association of Air Medical Services, a nonprofit trade association.”

As the number of helicopters increased however, so did their rates. A 2017 report by the US Government Accountability Office (GAO) states “Between 2010 and 2014, the median prices providers charged for helicopter air ambulance service approximately doubled, from around $15,000 to about $30,000 per transport.” To add insult to injury, most insurance companies do not cover the majority of the costs associated with the flights, leaving patients with extraordinary bills. New Mexico state Rep. Liz Thomson told CNN that “a state analysis also found a 98% increase in the amount charged by air ambulance providers that weren’t covered by insurance between 2009 and 2015. When patients travel on helicopters that are not in-network, insurance will cover little or nothing at all.”

As she put it, “They have a cash cow on their hands.”

Why won’t legislators do anything to stop the overbilling be mediflight companies?

According to CNN, multiple state legislators have attempted to stop the overbilling by air ambulance companies, trying to pass laws that would limit how much these companies can charge. Both legislators and patients have gone to the courts, too, but to no avail, because “Consistently, judges conclude that air ambulance regulation is a federal, not state, matter due to the Airline Deregulation Act.”

Protect yourself against air ambulance costs

At Cunningham & Mears, we have a proven track record of getting these air ambulance companies to reduce their bills, especially when our clients did not actually need a medevac. If you have been charged an exorbitant price for an air ambulance ride, we may be able to help you lower those costs.

In the meantime, it is important that you purchase as much uninsured/underinsured insurance as you can under your auto insurance policy, plus any additional medical pay benefits you can afford. You can also purchase a family policy with helicopter companies like Air Evac Lifeteam, AirMed (which partners with AeroCare), or Life Flight for anywhere between $65 and $85 a year.

If you live in a more remote area of Oklahoma, or far away from any type of trauma center or hospital (you can find a full list here), the chances are very good that you will end up being medevacked to the facility, and membership can help save you tens of thousands of dollars.

If you sustained a life-threatening injury, or live in a remote area, you might need to take an air ambulance in order to save your life. But if you weren’t critically injured, or if you were forced into an air ambulance when you should not have been, you could find yourself saddled with significant fees and bills that your insurance company will not pay. At Cunningham & Mears, we have successfully represented Oklahoma clients who have been overbilled, and lowered their costs. To learn more about our services, or to schedule a free consultation with a personal injury lawyer at our Oklahoma City office, please call 405.212.9234 or complete our contact form. 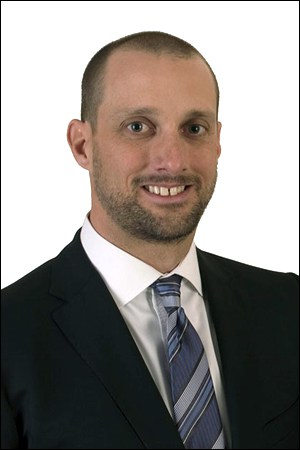