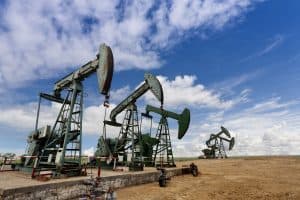 Reuters news service reported in January 22, 2018, that five workers were missing after an explosion occurred in an eastern Oklahoma oil and gas drilling site. Patterson-UTI Energy, Inc. was drilling the well for Red Mountain Energy. Gas from the well was feeding the fire preventing a full search of the area. The fire was extinguished later in the day. Patterson-UTI, based in Houston, Texas, stated that the cause of explosion was not clear. Three of the missing workers were employees of Patterson-UTI.

Patterson-UTIs chief executive said that experts and emergency responders were investigating the cause of the fire. The director of Pittsburg County Emergency Management Department (PCEMD) said one of its workers who was injured when the explosion occurred was being treated for injuries.

The explosion occurred in Quinton, Oklahoma around 9am. Quinton is about 146 miles from Oklahoma City. The U.S. Occupational Safety and Health Administration (OSHA) , which normally investigates deadly workplace accidents was closed on the day of the accident due to a government shutdown. Boots & Coots, a well control service run by Halliburton, helped to extinguish the fire.

According to Reuters, the Quinton explosion is just the latest oil and gas field explosion in Oklahoma. A February 2017 explosion in the same area injured another worker. A 40-year old worker was killed when a backhoe accident happened in an oilfield close to Ninnekah, Oklahoma in 2018. Another worker died in 2018 due to equipment collapse at an oil field site near Preston. A 36-year old worker died in November 2017 “when a fitting failed during fracking at a well near Watonga.”

The Reuters article cited data from the U.S. Centers for Disease Control and Prevention (CDC) that oil and gas drilling accidents take about 100 lives yearly. For the 11 years up to 2013, 1,189 workers were killed. 2/3 of oil field deaths, according to the CDC, involve “transportation or contact with objects or equipment.” Over half of the deaths involve oilfield service company employees.

At Cunningham & Mears, our Oklahoma City oil field injury lawyers have the experience and resources to try energy site accident cases. We represent clients throughout Oklahoma who were injured due to explosions, collapsed rigs, falls, defective equipment, toxic exposure, and other causes. For help now, please call 405-232-1212 or complete our contact form to schedule an appointment.

Marcus P. Mears is a founding partner of Cunningham & Mears. Mr. Mears is committed to helping Oklahoma’s injured victims in the areas of injury law and insurance litigation. Mr. Mears was selected to the Million Dollar Advocates Forum for his work as lead counsel in multiple seven figure injury cases. Learn More