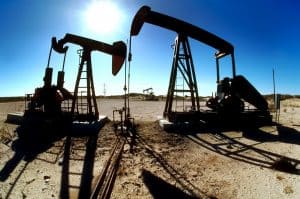 According to a recent lawsuit filed in District Court, attorneys for the family of a man killed in a drilling rig explosion in January 2018 claim that the operator of the oil well at the site of the accident utilized a risky drilling method in order to save money. In that accident outside of Quinton, OK, five men lost their lives after the drilling rig exploded.

On the well site, which was being drilled at the time of the explosion by Houston-based Patterson-UTI Energy, were nearly two dozen workers, according to authorities.

According to the U.S. Chemical Safety Board interim executive Dr. Kristin Kulinowski, the drilling accident was the deadliest since the Deepwater Horizon rig explosion that took the lives of 11 workers in 2010.

According to the Oklahoma Stay Medical Examiner’s Office, all five men died of smoke inhalation and burns.

The claim against Red Mountain Energy

The lawsuit filed in Pittsburg County asserts that the explosion and the workers’ deaths resulted from an attempt of the company save money and favorably influence investors.

According to court documents, the owner and operator of the well, Red Mountain Energy, chose to use a drilling mud that was lighter than that used by other operators in the area, all for cost saving reasons.

The lawsuit claims that Red Mountain Energy ignored the successful and proven track record of other drilling programs conducted on the same “offset wells” when they developed the drilling program for the Pryor Well, the site of the tragic accident in question. They failed to prepare a drilling program using mud weight previously proven safe and effective in dozens of other Woodford Wells. Instead, they chose and implemented a mud weight that was lighter, cheaper, and ineffective at controlling the well. In doing so, according to the plaintiff, the safety of the men drilling at the well was given lower priority by Red Mountain Energy than their investors’ money.

In addition, the suit claims that the man operating as the drilling engineer at the site was not licensed in Oklahoma on the day of the explosion, and chose to implement the lighter mud weight at the well instead of the heavier mud weights used at other nearby wells.

The Bureau of Labor Statistics reveals that offshore and onshore oil and gas extraction workers have a fatal work injury rate that is seven times greater than the same rate experienced by full-time workers in other fields of endeavor.

Our experienced Oklahoma oilfield injury attorneys at Cunningham & Mears are here to help you obtain the financial compensation you deserve if you have been injured in an oilfield for any reason, including a third party’s negligence. To set up a free consultation about your case, call our law office today at 405.212.9234 or fill out our contact form.